Many parents get confused when is the right time to move the baby from 3 naps to 2. Indeed, it could get really tricky sometimes because some 6 months olds still require 3 naps while others are ready to nap only twice a day. So, today I am going to share with you some tips about making this transition.

The important thing to know is the right time to do this move. Keep in mind that normally this transition happens once the baby is between 6 and 9 months of age. 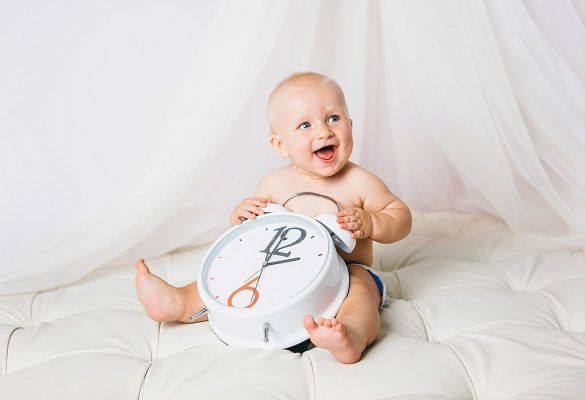 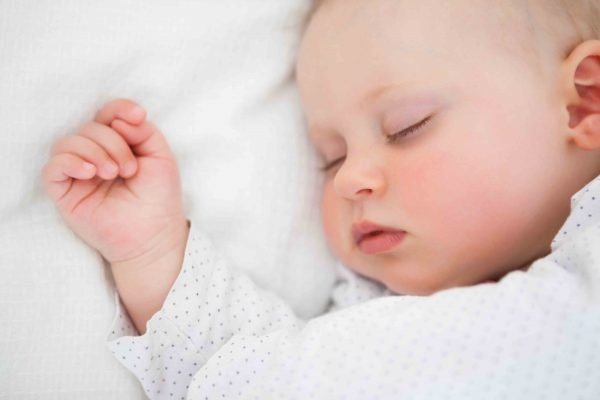 Once you notice that your baby’s naps started to get much longer (they are 1 to 2 hours long), that could be a good indication that it’s time to move to 2 naps. Even if your little one has one long nap of 1.5 – 2 hours and another nap lasting only 45 minutes, it is still fine.

Also, it’s much better to have a longer afternoon nap than a morning one so the bedtime doesn’t get too early.

2. Baby Can Stay Awake for Longer 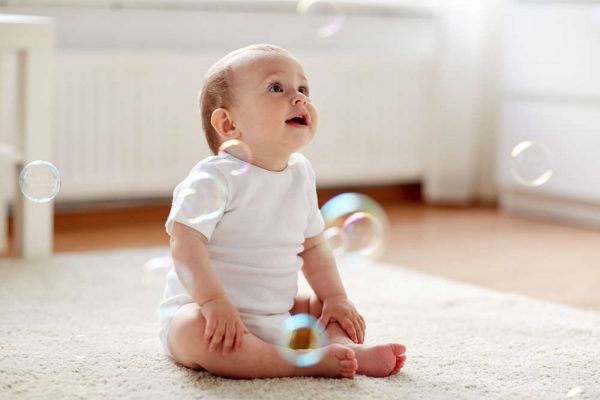 If your little one was getting really tired after 2 hours of staying awake and now is showing to you that he can stay awake for longer (2.5 or even 3 hours) before getting exhausted, that could be another sign that it’s time for a change. 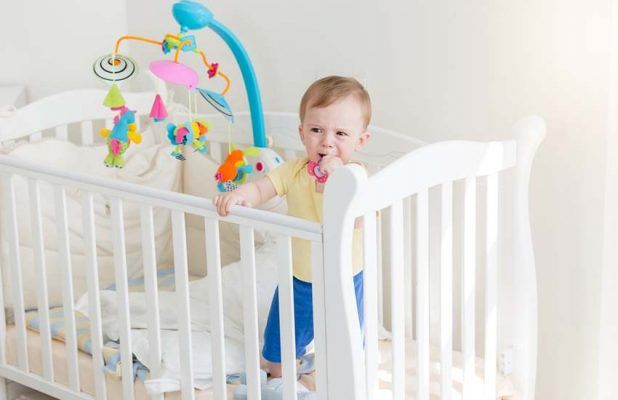 Another signal showing that it’s time to drop the third nap would be a third nap which is problematic all of a sudden and it stays problematic between 3 and 5 times a week.

If your baby was having a good third nap and now you suddenly notice that he keeps protesting once you put him down or he keeps chatting to himself for a long time before falling asleep, he could be ready to drop that nap.

4. Baby Was Sleeping Well and Started Waking Through the Night 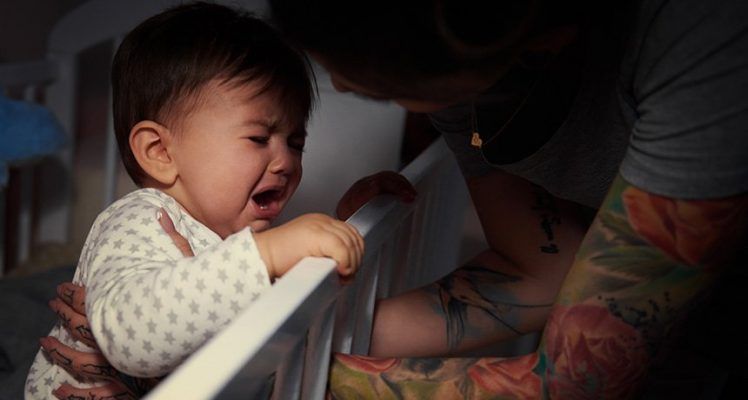 If your little one was sleeping well during the night and has recently started waking up and staying awake for long periods of time, he is probably ready to move to 2 naps.

Babies who wake up at night and stay awake for long while crying, playing or even chit-chatting usually demonstrate one message – getting too much daytime sleep. Therefore, dropping that third nap would be a great solution to fix this long night-time waking problem.

So, what I am trying to say is monitor the length of the naps by allowing them to make not more than 4 hours in total during the day.

I hope these 4 signs will help you to understand when is the right time to put your little one on 2 naps. Please, keep in mind that some or even all of these signs could be showing off multiple times over a few weeks before dropping the third nap.

And now, once you know when to do this transition I would like to show you how to do it.

How to Help Your Baby Drop the Third Nap? 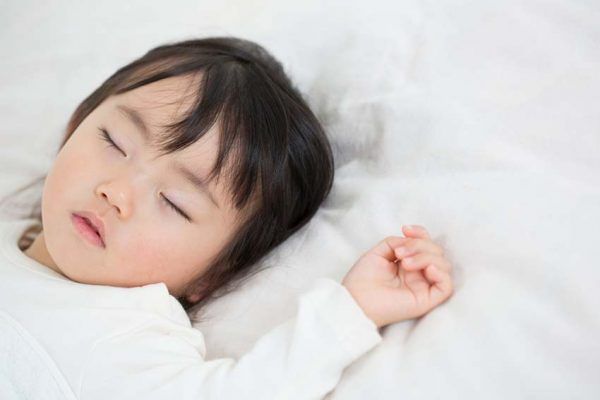 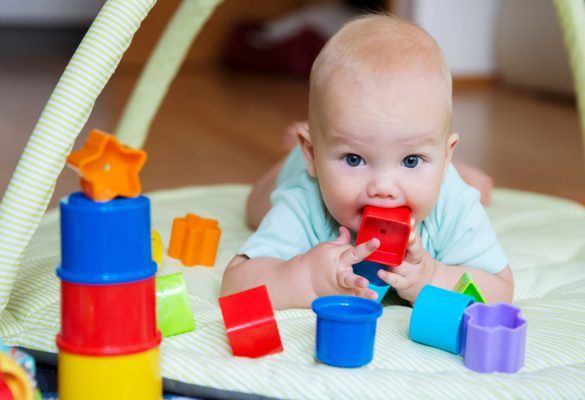 Once you have noticed that your baby can stay awake for longer, allow him to do that.

So, if he was starting to yawn after two hours of being awake previously, and now he shows the signs of being tired after two and a half or even three hours have passed, then allow him to stay awake for longer.

What I mean is put him to bed at the time that he appears to be tired, but don’t allow him to get overtired.

You have to know that awake times which are too short help babies to fight naps and help babies to have short naps just because they don’t get tired enough during that time. That’s why make sure your baby has enough time to get tired.

Normally, the shortest awake time of the day is between morning wake up and the first nap.  I suggest you even increase the awake time after the first nap and the second nap for a bit (15-30 minutes).

If you feel, that it could be difficult to keep your little one awake for a bit longer, then simply keep a consistent awake time throughout the day. You can then try to push naps later by 10 or 15 minutes every two or three days and see what happens. 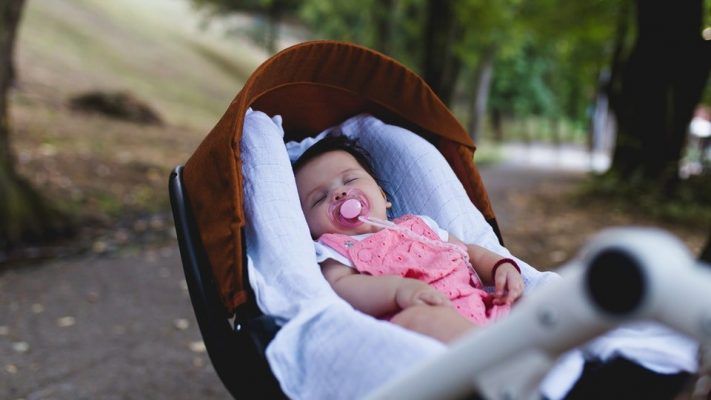 I advise you to wean off the third nap slowly. You can start with 20 minutes third nap the first week reducing it to 15 or even 10 minutes the second week.

It can be easier if you plan that short nap in the car seat or a stroller because motion always helps babies to fall asleep faster. In that case, you will avoid having a late third nap which will push the bedtime further.

Similarly, if your little one was having two long naps for the last days and out of nowhere, he is having a day with short naps, I advise you to plan the third nap. It would be just too difficult for your baby to stay awake until evening.

And not only that…

It would also be so hard for you to deal with this fussy baby until the end of the day. So, always plan the third nap instead if needed.

Once you decide to start the transition, make sure you plan an earlier bedtime. Since your baby will be napping only twice a day, you don’t want his awake time before bedtime to get too long.

I would suggest a bedtime in this situation to be between 6 and 7 pm.

And don’t think it’s too early! Please remember that your little one is going through the transition and I am sure that the last thing you want to have at the end of the day is to deal with an overtired baby…

Please remember that any time you make changes to your child’s sleep habits, whether you are moving from 3 naps to 2, or from 2 naps to 1, or even 1 nap to none, it could take around 4 weeks for your child’s body clock to fully adjust to the change. So, don’t get upset if some things don’t work right away. It needs time…

I hope these tips will answer all your questions about moving your baby from 3 naps to 2. 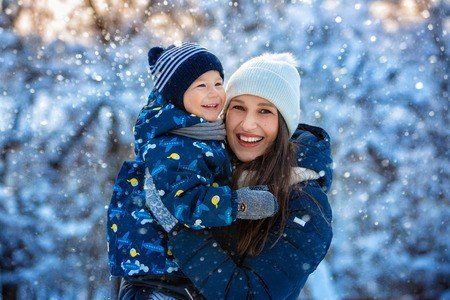 If your little one is not sleeping through the night or you feel that you need additional help, you can always book a 15 MIN FREE PHONE CONSULTATION with me. I would love to help you! I am using gentle sleep solutions that have already helped 55 000 parents like you!