I am certain that every single parent would do anything in order to have a happy and healthy child. I have come across many strong moms who even have that energy to wake up ten or more times at night, so they could breastfeed or bottle feed their little ones believing that they are always hungry.  Majority of parents tend to worry about their child’s food and forget to ask themselves one question: what happens if my child doesn’t get enough sleep?

If the baby did not feed well, parents continue offering it again and again, but what happens if that baby did not have enough sleep?!

That sleep is lost and the child accumulates a sleep debt – missed hours of sleep.

Having a sleep debt is the same as taking the loan from the bank. The bigger the loan is, the longer you will need to pay it back. You will not feel relieved unless it’s all gone…

The same thing happens to the children having sleep debts. They will not feel well because of accumulated and constantly increasing sleep loans which must be returned urgently in order not to harm these children.

Yes, the bigger the sleep debt a child has, the more problems he will experience. 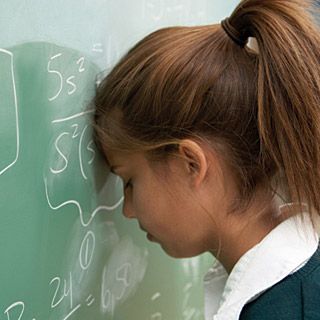 Sleep is the primary nutrition for the child’s brain which is responsible for his cognitive growth and development.

Sleep is one of the most important baby’s jobs during the first years of life.  Kids who do their job well – get a great reward by building strong brain architecture, and those who don’t – lose the abilities to develop skills required later in life.

In other words, sleep is the main ingredient when it comes to smartness. Children getting enough uninterrupted sleep tend to be better and faster learners. They show better language skills, are more creative, and have a greater attention span, allowing them to digest the new knowledge more easily.

Many studies have proven that babies with shorter and poor quality of night sleep had lower cognitive scores. https://news.harvard.edu/gazette/story/2017/03/study-flags-later-risks-for-sleep-deprived-kids/

A study done while observing 2 to 3 months old infants has presented that the more irregular schedules the child had, the lower the rates of learning were.

Millennium cohort study which evaluated 11 000 children found that kids with irregular bedtimes from birth to age 3 had problems with skills related to maths, reading, and spatial awareness. Continuous observation of those children showed that they continued lagging behind even by age 7.

The study done by Dr. Salome Kurth has proven that connections between the right and left sides of the brain increased by 20% over a single night’s sleep in a group of children between 2 to 5 years old. 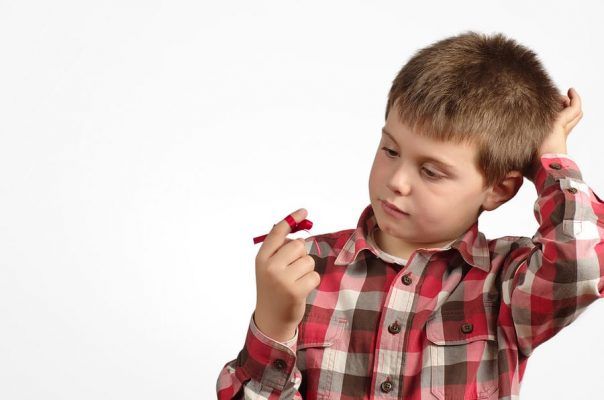 The brain collects and stores the memories created during the day in a long-term cache so they could be organized and retrieved later. The brain performs this function during the REM (Rapid Eye Movement) sleep, which happens while kids dream. Lack of sleep blocks this function and impacts memory, especially immediate memory.

If you know that infants spend around 50 % of their sleep in REM sleep, you will understand the risks that they can experience when it comes to memory. 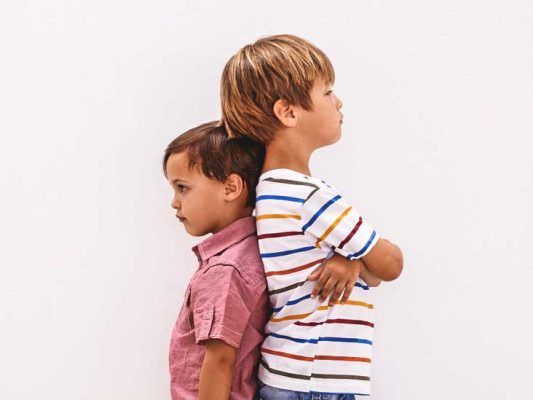 Sleep is the most vital element required for proper growth. Children are growing a little every day and they do so while they are asleep.

The brain releases a growth hormone – somatotrophin into the bloodstream during the deep sleep. If the child is not able to sleep well, then the production of growth hormone becomes limited and the growth will be delayed.

Italian researchers who observed children with deficient levels of growth hormone have found that they sleep less deeply than average children do. 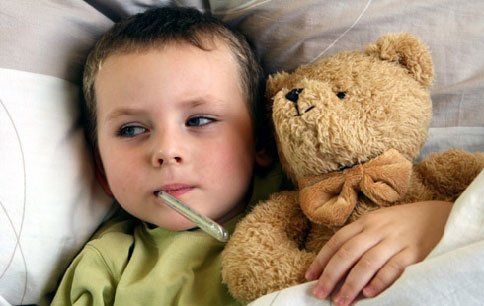 We all know that the first step to fight any disease is sleep. No medication can help us without having a proper amount of sleep. And that is for the reason!

Our immune system releases disease-fighting proteins during sleep. If the body is missing out sleep, these proteins decrease in number and allow kids to be more prone to diseases.

Another thing is that sleep deprivation is also responsible for recovery time during sickness. Sleep deprived kids require much more time to recover.

The American Medical Association has discovered that the effectiveness of vaccines is reduced in a sleep deprived baby. Children who slept less had 11.5 times higher risk of being unprotected by the vaccines. 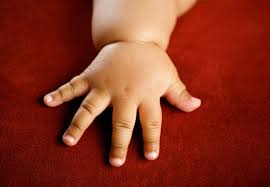 Lack of sleep also affects metabolic development in the body. Sleep deprived kids tend to gain weight gradually and are at a high risk of becoming overweight due to energy imbalance.

Sleep helps children to keep a healthy balance of the hormones which make them feel hungry (ghrelin) or full (leptin).  Children not getting enough rest may feel hungrier and that can contribute to obesity.

Poor sleep is also associated with increases in the secretion of insulin. Insulin is responsible for regulating glucose processing and promoting fat storage. Higher levels of insulin can cause unnecessary weight gain and a risk for diabetes.

Few studies have found kids getting too little sleep to have higher chances to become overweight, starting in infancy.

A study done by Johns Hopkins University showed that each additional one hour of sleep reduces the risk of a child becoming obese by 9 percent. Also, kids who slept less had 92 percent higher chances of becoming obese.

The lack of sleep can bring long-term health consequences, including chronic medical conditions like diabetes, high blood pressure, and heart diseases, respiratory diseases. All these conditions could result in shortened life expectancy.

Sleep deprivation can also be responsible for future mental health problems. Australasian researches observed more than 1000 babies from birth to the age of 11. They found that sleep-deprived babies were 10 times more likely to have mental health problems by the age of 11.  https://www.theage.com.au/healthcare/mental-health-warning-for-extremely-unsettled-babies-20181019-p50au2.html#comments

Sleep deprived children have a difficulty to concentrate on anything.

While we – adults, feel so exhausted and fatigue when sleepless, the kids do exactly the opposite. Sleepless children are hyperactive and inattentive who instead of slowing and winding down become wilder. They appear physically awake but actually are mentally exhausted. Such kids’ brains can no longer follow their bodies. So, they tend to lose attention rapidly and become out of control easily.

According to research in the journal Pediatrics, some cases of ADHD (Attention Deficit Hyperactivity Disorder) stem from not sleeping enough.

The study done by the National Sleep Foundation has revealed that solving sleep problems can improve the attention related problems of many kids. 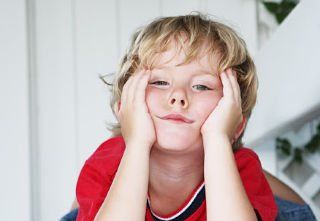 Children not getting enough sleep to become overtired and overtiredness makes them overstimulated. Such kids often seem frustrated, agitated and fussy.

When the nervous system overloads with too much sensory stimulation, the stress in their bodies increases. The blood gets more adrenaline which makes it even harder for the child to relax. Children can’t come out of this situation easily as they nervous system is still immature.

Few studies have proven that kids who got enough consolidated sleep were more predictable, engaged and less fussy. http://www.sleepeducation.org/news/2012/10/29/sleep-problems-may-affect-children’s-behavior 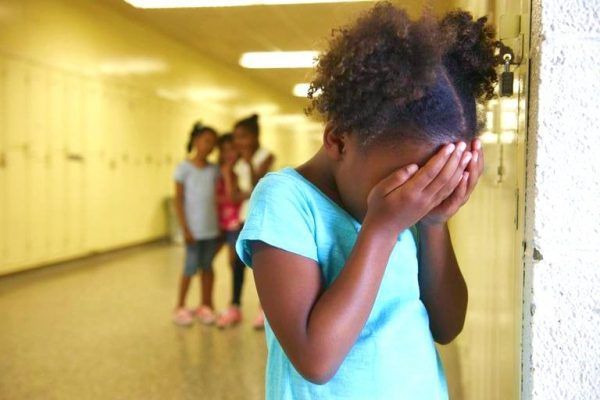 Kids who don’t get enough rest experience social and emotional problems which usually emerge later in life.  Sleep-deprived children are mostly avoiding social activities because they need lots of energy and effort to interact with others.

At 18 months, total sleep duration of ten or fewer hours or awakening three or more times a night predicts emotional and behavioral problems at age 5 years.

2 to 3-year olds who had had difficulty in getting to sleep and staying asleep showed overactivity, impulsivity, anger, aggression, tantrums and annoying conduct.

4 to 5-year olds with disrupted sleep demonstrated difficulties in adjusting to preschool. They were aggressive, noncompliant and hyperactive.

The University of Houston study found that kids who had inadequate sleep were at risk of developing anxiety disorders and depression. https://www.sciencedaily.com/releases/2016/07/160722104137.htm

Another study found that 3, 6 and 11-month-old infants with increased night sleep showed the increased likelihood of approaching new strange people and things.

Children not getting enough sleep are suffering and that does not allow parents to function well either!

So, when you consider your child’s sleep a top priority you strongly contribute towards his optimal well-being by allowing him to grow emotionally, cognitively and physically.

Sleep is a biological need just as food that we eat! You would not starve your child by withholding food; so, try not to let him get short on sleep too!

If your child does not get enough sleep and you want to make a change I will be more than happy to assist you. Book a FREE 15 min Phone Consultation with me, so your child can sleep well!

If You Need Help
Book a FREE 15min Call Now!

33 thoughts on “What Happens if Your Child Doesn’t Get Enough Sleep?”